The 1) Tabernacle in the wilderness, the 2) Temple of Solomon, 3) Herod’s Temple at the time of Christ and 4) Ezekiel’s Temple are compared. The football field looks insignificant compared to the temples (in more than one way 🙂 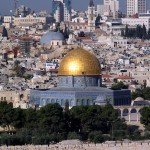 The Muslim Shrine that now sits atop Temple Mount is built over the rock where Abraham offered his son Isaac as a holocaust. Solomon’s Temple had earlier been built over this site (Gen 22:2; 2 Chron 3:1). Solomon’s Temple was destroyed by the Babylonians in 722 BC and it was rebuilt when the exiled Jews returned to Jerusalem about seventy years later. It was not as elegant as Solomon’s but King Herod later rebuilt the Temple during the time of Christ. The 2nd Temple rebuilt by Herod was a glorious structure.

The Romans razed Herod’s Temple to the ground in 70 AD. In the 7th century Suleiman the Magnificent built the current Muslim Shrine in the place of the Temple where it still stands today.

Will the Jews ever build a new temple there – what they call “The 3rd Temple”? No, because the 3rd Temple has already been built! It is the one described in Ezekiel 40. The Jews think this refers to an actual physical temple they hope to build some day in place of the Dome of the Rock, but Ezekiel is actually prophetically referring to the new Temple which is Christ’s Body. We are the Church and the Church is the Mystical Body of Christ, the New Temple. 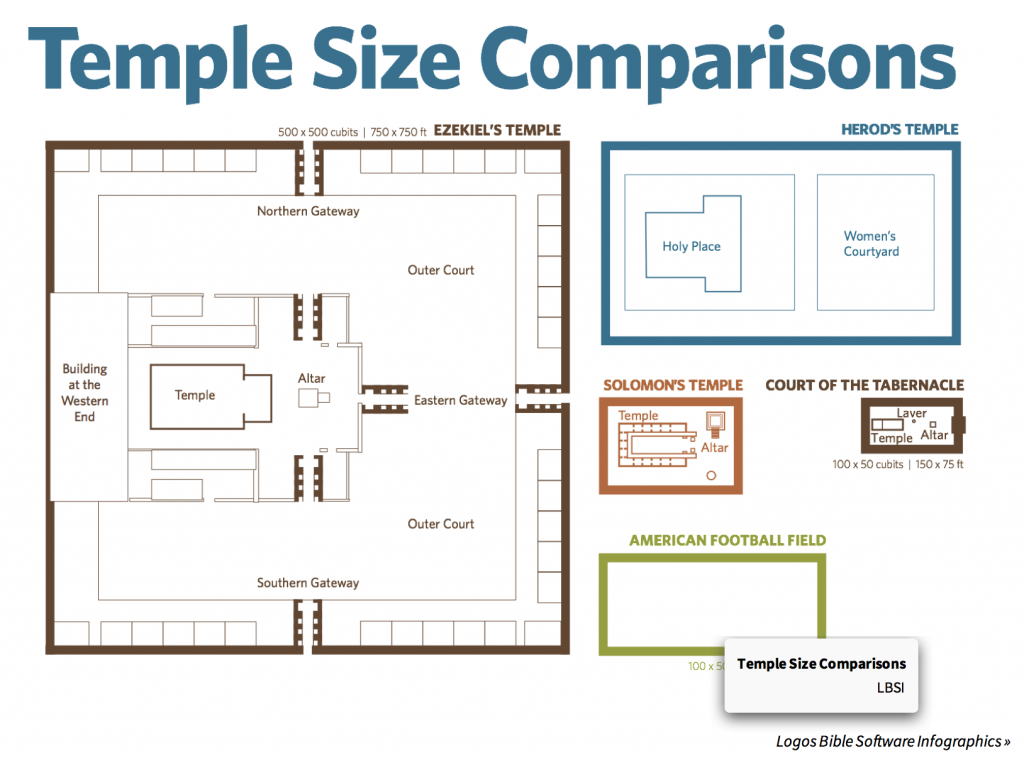 Notice the River of Life flowing from the Holy of Holies!!